This week I met up with a recently-divorced friend who I haven’t seen for some time. He was clearly uncomfortable at first and told me we should meet ‘for a drink’ rather than for food, perhaps to give room for an easy exit. We debated football, the state of the NHS and the excellent local beer we were sampling. We moved on to the topic of family.

And then the uncomfortable question ‘so how are you really’ came from my lips.

He carefully told me of his mistakes. His regret. The lack of contact from all but one Christian friend. The pastor telling him ‘you’re not welcome in our church any more’. He told me of how God has kept him, how he is attending a new church.

And I asked him, ‘do you feel like a second class Christian?’

‘No, you’re not’ I insisted. ‘I do not look down on you one bit. We are both sinners, we both would do things differently in our lives, and we both trust in our saviour Jesus who cancels our debts and declares us free of guilt and free of shame. You are not a second class Christian.’

After more arguing he eventually said, ‘thank you’, I really needed to hear that’

As I reflected on our exchange I thought about the need to be Jesus to one another. It is a scary but powerful and liberating thing to confess our sins to one another. Rather than our words sometimes feeling like they go off into thin air, we see the response of the person in front of us. As I ‘became Jesus’ to my friend, my response was the response that God gives to him in an embodied form. That’s why we need to confess our sins ‘to one another’. That’s why there is power when we say to someone ‘you are not a second class Christian’ – because it is heard and felt in a profound way.

So if you are divorced and hold onto shame; if you have done things you are not proud of whatever your marital status – can I urge you to talk with someone who can be Jesus to you? Because there is such freedom and joy in knowing sins forgiven and being accepted by God, made clear and real by the response of another Christian to you.

My second encounter was with a friend who was married soon after we were. After some time talking about all sorts of issues I asked him how he was. How is his walk with God? What’s encouraging him at the moment? What is he finding tough? And then, how is his marriage? At the end of our time together he said to me, ‘John, that is the first time someone has asked me how my marriage really is in 12 years’.

As I’ve asked others since then, he is by no means alone. It seems that even in Christian circles, we just don’t ask!

Is it our Britishness? Is it because we don’t have the depth of relationship with people to risk it by asking such a personal question? Is it because we fear hearing the question turned back on us and then we’d have to be honest out our own marriage?

Whatever the reason, this surely can’t be good for us.

I later asked my first friend how many people had asked him about his marriage before the divorce. The answer? A big fat zero. Not that that would have changed things perhaps. But it is indicative of a lack of depth of relationship where we see each other once or twice a week, say ‘how are you, I’m fine thank you’ and zoom off again to our busy lives.

We need community. We need sharpening. We need to confess our sins, and (with the permission of our spouse) to share our struggles and sorrows. We need to stop putting on fronts that suggest we have it all together and welcome accountability and support. Every marriage needs it. In fact, we all need it, whether married or not.

My first friend bemoaned the fact that only one Christian contacted him after his divorce. I asked him whether he had any friendships that had gone to the a depth that might invite tough questions before the event. He said no.

So, I reflected, is it a surprise that when the going got tough that people didn’t feel they could speak into the situation without looking nosy?

Don’t let the years roll by thinking you are the only one. Life’s too short to waste it.

So let’s be bold. Let’s aim for authentic ‘warts and all’ friendships. Because as we all know deep down, authenticity leads to intimacy. And intimacy is the safe space where we can receive rebuke, correction and reproof and not be destroyed. It’s where forgiveness is embodied. It’s where our guilt, fear and pride can be exposed and dealt with, and we can know real freedom to live life in all it’s fullness. 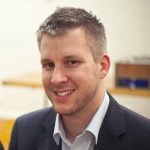