Earlier in the year I felt like God was telling me to give up my job and trust in him. Trust that he has an amazing plan to use me. For me this was terrifying, if you know me you’ll know that I plan everything so to have no plan and just trust God was a huge step of faith. But I did it and instead of feeling anxious I just felt at peace.

At the time the most common questions I kept getting was “What are you going to do now?” “What are your plans?”. I just answered that I didn’t know and I was trusting God.

Then I watched a programme where these girls had been tricked into being sex trafficked and it broke my heart. Thankfully they were rescued and taken to a rehabilitation centre to recover physically and mentally. At the end of the programme my mum turned to me and said “Jen that’s something you should do” (not become trafficked but rather help with the rehabilitation!). I said I’d think about it, still trusting that God would show me clearly what I should be doing.

A couple of weeks later at a south community event I was chatting with Shirley (who is the short term placement co-ordinator for an organisation that works with people going overseas). She was asking those same questions (what are you going to do now?”).  When I said I was trusting God she suggested I think about going on mission. She went on to give me an example of working with trafficked women in Asia. I hadn’t told Shirley about what my mum had said of how moved I’d been finding out about these trafficked women. It certainly made me sit up and question was this from God?

So I prayed and I prayed some more over the next few months.  During those months every time I doubted this was from God, I would see something or someone would say something that would push me back. At the same time my heart was growing more and more for these women. I wanted to do something. So I went and spoke to Shirley about getting involved.

The number of trafficked women & children in Vietnam went up by 13.5% last year. There are now an estimated 140,000 people trafficked in and out of Vietnam every year.

So at the end of January I will be travelling out to Hanoi, Vietnam to join an Interserve team and to work voluntarily with Blue Dragon Children’s foundation (https://www.bluedragon.org/) and Hagar international (https://www.hagarinternational.org/united-kingdom/) for 6 months. Both of these charities are doing incredible work with trafficking and exploitation victims. I’m excited about being able to join in.

I would really value your support for this journey and your prayers. Hope has been my family for 15 years (I’ve been here since it began), I’ve grown up and developed into the person I am because of Hope. It’s not always been an easy journey but as a church you have always supported me and loved me. You are my family and this is an incredible journey I’m about to embark. A journey I really want my family involved in.

My main prayer requests are:

If you would like to donate to Jen’s work online then visit: https://www.justgiving.com/crowdfunding/jenni-williams-1 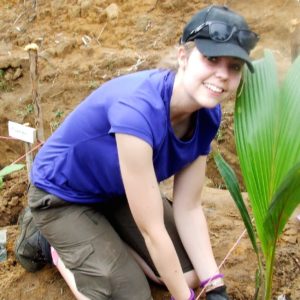