Anne and I have been serving churches in Spain for over 10 years, with Anne finishing her job in the Summer we were able to visit three Spanish churches over a two-week period. As real privilege to spend time with the leaders and their congregations.

The three churches, Pilar Christian Community Church in Pilar de la Horadada, El Faro in Valencia, New Life Church in Heurcal Overa are all very different. One of the major differences is how they handle the English / Spanish language.

The church in Valencia, that I was involved in starting 10 years ago is truly International Church, now gathering around 100 people from across the world, including many students and young professionals, as well as local Spanish and South Americans. Their worship was led by a young American couple who are in Valencia for a year studying at a branch of the Berkeley School of music. They are doing a great job of integrating people from so many different backgrounds, many only in town for a short time.

They are just great at doing socials.

See below Anne at a social and some of the congregation. 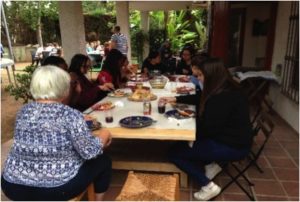 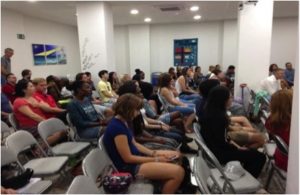 The other two churches are predominantly English-speaking expats who have retired to Spain. Both are thriving, growing rapidly and having a strong sense of family. The couples leading the churches are doing a great job, both couples are well into retirement age themselves but have a real calling to serve their congregations. It was a privilege to spend time with them and encourage them. We also joined in with the strong social element central to both churches.

Below are pictures of the congregation at Pilar, the beach at Pilar and myself with Robin who leads the church in Heurcal Overa. 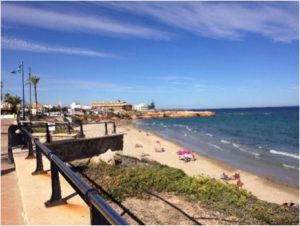 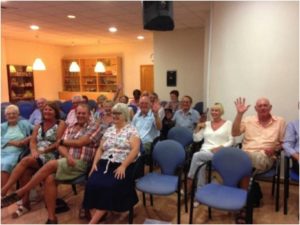 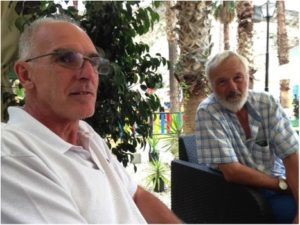